Rapid prototyping is nothing new nowaday. With rapid prototyping, easily we turn invention ideas into functional prototype. Today what i would like to share is not just purely a typical 3D printer but it comes with the capability to print multi-material simultaneously.

Below is an article from http://blog.objet.com which i read and felt that this article must be share with my fellow readers. A story about turning ‘ultimate lap and desk stand for your pad, tablet or e-reader’ into a functional prototype with Objet Connex multi-material 3D printer.
Turn Invention Ideas into Functional Prototypes – with Objet Multi-Material 3D Printing

Bernie Graham is a Canadian inventor. Together with Seattle-based industrial designer Jim Young, he invented the PadPivotTM. Labelled as the ‘ultimate lap and desk stand for your pad, tablet or e-reader’, the PadPivot features an ingenious hinged design that can be folded up small enough to fit in a hip pocket. 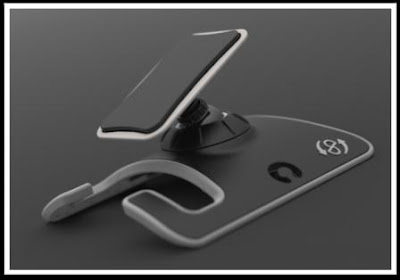 The designers approached Quickparts, one of North America’s largest providers of custom designed parts to help them produce the PadPivot prototype.
To accurately replicate the moving hinges, rigid supports, and rubber overmolds, Quickparts turned to the Objet Connex multi-material 3D printer to create the complex dual-material prototype required. This is the only 3D printing technology able to simulate both rubber and rigid elements within a single prototype. Using this technology, Quickparts was able to reproduce the overmolded parts in half the time of conventional overmolding processes. 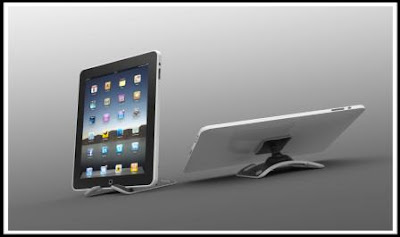 With Objet multi-material prototype in-hand, Bernie and Jim were then able to move to the next stage- effectively promoting their intended PadPivot product. They produced a series of videos and demonstrations using the life-like model and to cut a long story short, they managed to get their design successfully into production within their intended deadline.
The PadPivot story is a great example of 3D printing solving real business challenges. Along with making mass production more efficient and effective, the ability to better facilitate new inventions is the second major advantage that 3D printing can convey to advanced economies – not at some point in the future – but here and now.
Hope you enjoy it, more objet blog, read here: http://blog.objet.com/