3DEXPERIENCE: Mixture of Tools within a Cloud Platform

Recap Webinar on 30 April 2021, don’t worry, we got you covered for this webinar session. We will recap the main points on this webinar, hosted by Gian Calise and John Martonaro III. When come across to 3D experience, we always emphasize on collaborations between users and communication bridge between users from different departments. Through this webinar, we will deep dive on this cloud platform, and let us see the great example of 3D Experience workflow from Gian and John.

Gian and John as presenter in this webinar session.

XDesign application always come with 3D Creator roles, you must have Business Innovator and Industry Innovator to purchase this role, to get access to this application. Instead of start doing your design in xDesign part file features, you can directly open assembly file in xDesign to create,import and to mate your components in the assembly files. To speed up the design workflow, user can always use shortcut key to access to specific features in xDesign, similar like how you do it in SOLIDWORKS software. 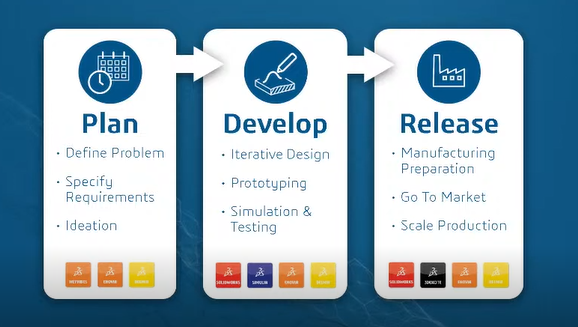 The example on how they design the workflow on 3D Experience.

To ensure good transition from SOLIDWORKS to 3D Experience, the xDesign having the similar design steps and procedure allowing you easily to pick up 3D experience from SOLIDWORKS. When come to insert new components, user either drag and drop into the xDesign, they also can insert manual one by one within the xDesign. 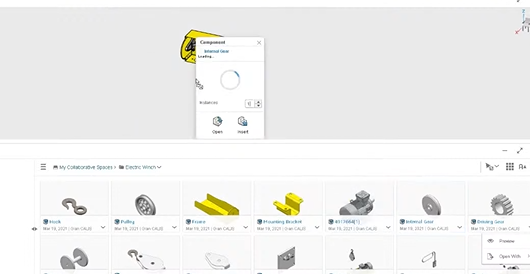 Advance provide gear joint mate to attach two gears within the assembly, which you seen similar mate feature found in SOLIDWORKS. The freedom of movement in the xDesign assembly, allowing the user to move and rotate the gears to observe the movement of the gears and to further modify the parts if the user found abnormal collision between the components. 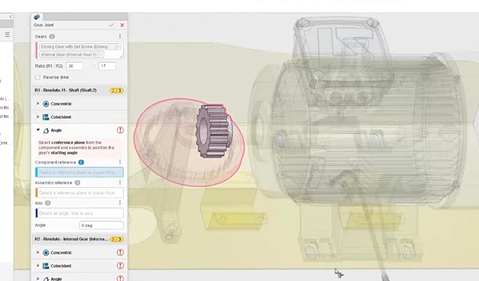 Advance mate, to mate the two gears in the assembly.

Multiple planes shown in the assembly, to allow user more options to choose which reference plane is needed to perform the sketch process in xDesign, instead of using the origin plane in xDesign. Instead of using multiple icon for different feature, revolve, extrude and sweep is combined in a single extrude feature, to reduce the space needed for the feature, and easy for user to choose and identify which feature they needed to extrude their sketch profile. 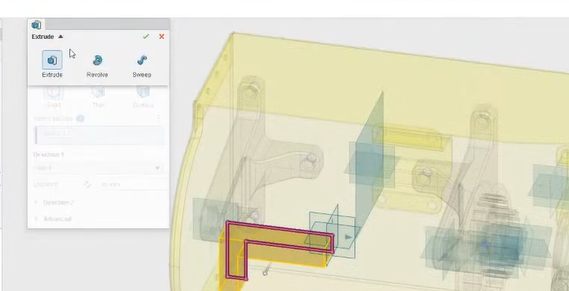 All extrude feature group together, which consist of Extrude, Revolve and Sweep. Visible of planes on all the components to allow users to create component in xDesign assembly.

Similar feature that can be found in xDesign will be design feature trees manager on the left, apply materials and colours on your component with few simple steps in xDesign. Flexibility of editing the sketch, allowing user to twerk the sketch, to do minor adjustment on existing feature in xDesign. Apply materials in the components with standard scientific materials properties. 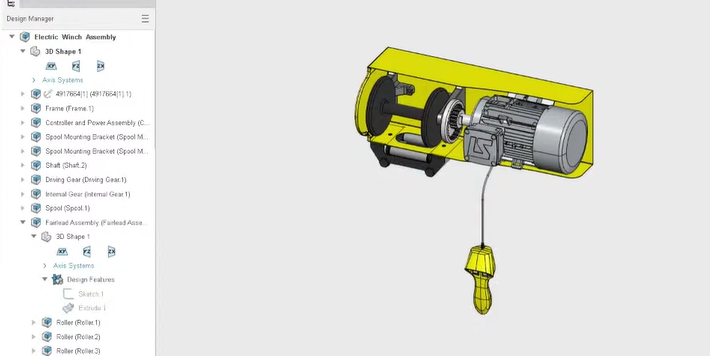 Feature design manager tree that shows the components and features which similar the one you seen on SOLIDWORKS.

The next part will be some show off on the xShape and xSheetmetal feature in 3D experience. Before Gian proceed on xShape feature, warning message pop up. That remind him that, he does not have the access to save any changes, because he does not have the permission to access the file. This one of the features from Enovia, which is under industry innovator roles. Admin or owner of the project get to control the users to access the file. It provides more security for the project from being stolen or corrupted when other user access to the files. When user do not have the access to the file, unable to make any changes without owner or admin permission.

After gaining the access from John, Gian will proceed on the xShape design and xSheet metal. More focusing on surface design and sheet metal design. Combining xShape and xSheet metal feature in xDesign assembly to speed up the project design process.

When finishing the whole project, Gian can just directly drag and drop the file into the project task, to update his task competition stages, and the platform itself will send a notification to John, like a Facebook notification. Everyone can get to know that Gian has completed his part in the project planner widget. When complete the task in project planner, you can directly drag and drop the task in complete section and you also can drop your file on that task, to show your task progress.

On the next webinar, they will be focusing on cloud simulation on 3D Experience. If you don’t want to miss out these interesting sharing, do follow the SOLIDWORKS channel in YouTube. Explore yourself in the cloud solution.

Fill in the form and our team will be in touch soon!

Fill in the form and our expert will be in touch for a demo session!

Fill in the form and our Rapid Prototyping expert will be in touch for a demo session!

Get products to market faster, saving money and ensuring customer satisfaction. Increase expertise, make your business resilient and serve as many needs as possible with one powerful technology.

Fill in the form and our Reverse Engineering expert will be in touch for a demo session!

The best to truly understand the power of Reverse Engineering technology is to see it for yourself. Take advantage of our demonstrations to learn more about the solutions and application where reverse engineering technologies can be useful.

Fill in the form and our CAMWorks expert will be in touch for a demo session!

Interpret the design of parts through Automatic Feature Recognition.