We were all ready at 6:00am and had a 20 minutes walk to the event venue this morning. We actually found today’s morning walk to be rather exciting… because we were on our way for the much anticipated SOLIDWORKS World 2015!

Once we arrived at the event venue, we were amazed by the crowd! The huge grand hall was occupied by the people who are passionate in design and new technology. 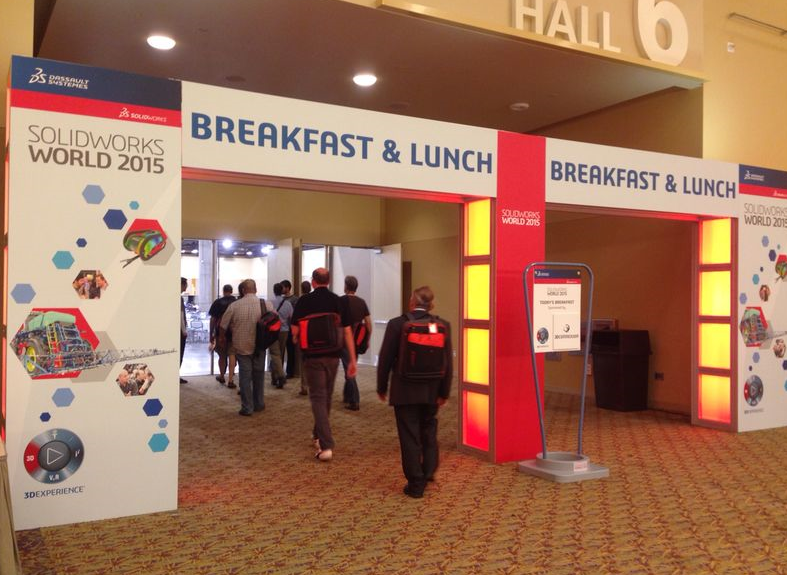 The venue was swamped by 5,500 customers, prospects, resellers and partners of SOLIDWORKS around the globe! There are resellers from Western countries like France, Germany and Turkey, not forgetting Asia countries like Japan, Korea, Thailand and us, the representatives from Malaysia! Most of the attendees had reached the venue approximately 45 minutes earlier, queuing outside the main entrance in order to get the best seat with the best view (YES! It’s exactly like a concert!) 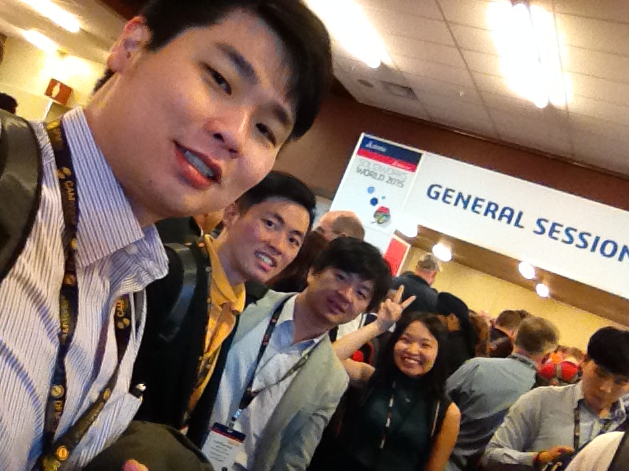 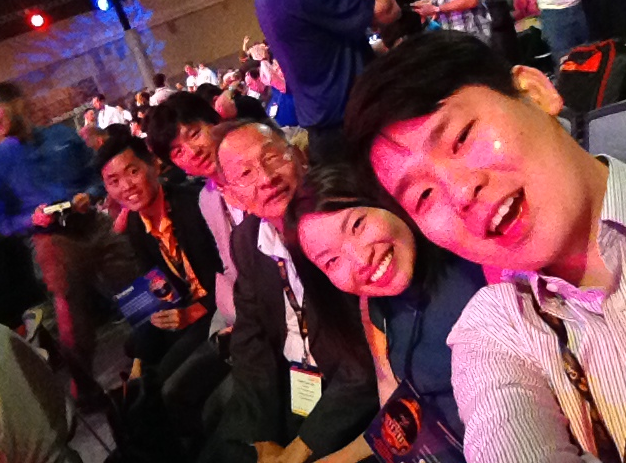 The event had started with a mesmerizing Dassault Systemes video, enhanced by colourful LED lighting in the middle of the stage. And so… SOLIDWORKS WORLD 2015 is officially launched for continuously 3 days, from 9th – 11th Feb 2015. 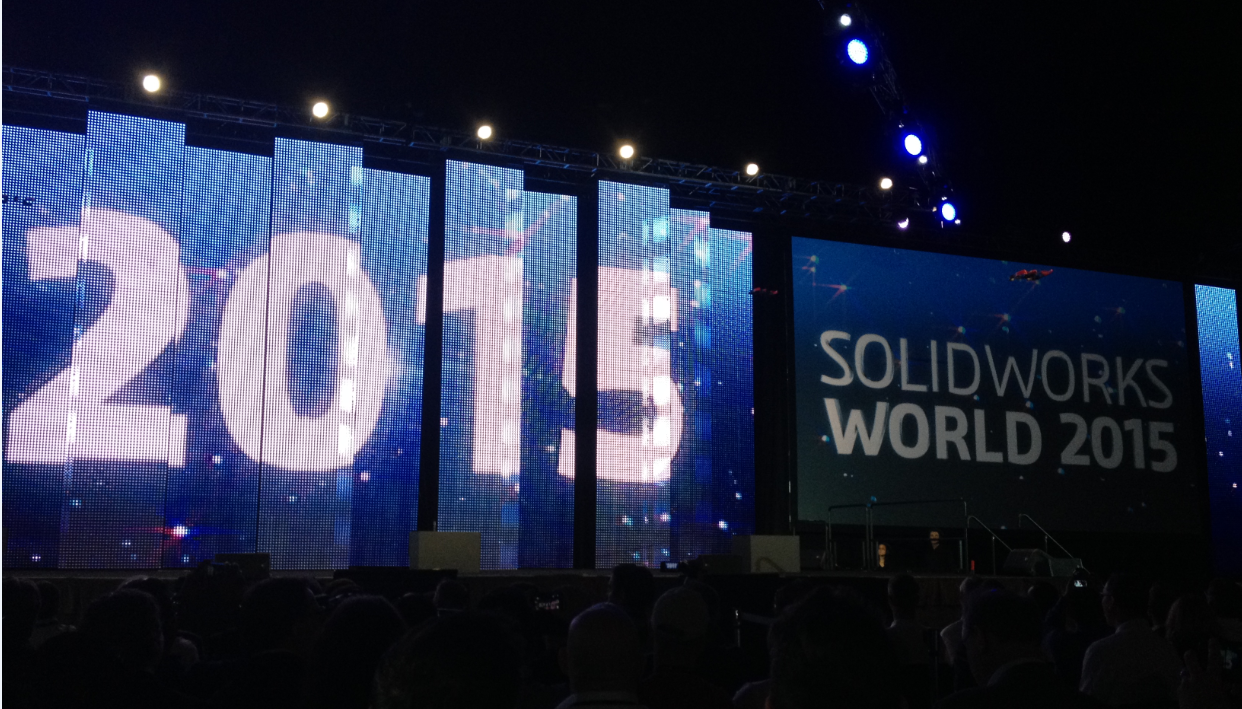 Bertrand Sicot had went on stage for the final time as the CEO of Dassault Systemes SolidWorks Corp. He had shared his experience in overseeing the growth of the brand, the journey of SOLIDWORKS transforming into a more and more comprehensive portfolio for intuitive and integrated 3D design. The SOLIDWORKS community had grown by 2 times and now possesses more than 2.8 million users after more than 18 years.

Thereafter, Bertrand had invited Bernard Charles, President and CEO of Dassualt Systemes to deliver his sharing on – The power of 3DEXPERIENCE that will redefine our live and work. Bernard had introduced a virtual company – Bryo as an example to demonstrate how 3DEXPERIENCE platform has been connecting people with same interest and enabling industry clients to create great experiences for their ultimate customers or consumers.

Next on stage was Gian Paolo Bassi, the new CEO of Dassault Systemes SolidWorks Corp, who has more than 25 years of experience in 3D, CAD, and PLM industries. Gian Paolo started off with a testament “Respect the Legacy, Embrace the Future”, that he elaborated desktop era will be respected and continued as it is part of the SOLIDWORKS development legacy, on the other hand we should embrace the future which is SOLIDWORKS cloud application on 3DEXPERIENCE. As the new CEO, he will now spearhead the development of SOLIDWORKS future product and technology strategies designed for desktop and cloud, and collaboration with the existing strong 2.8 million user community. 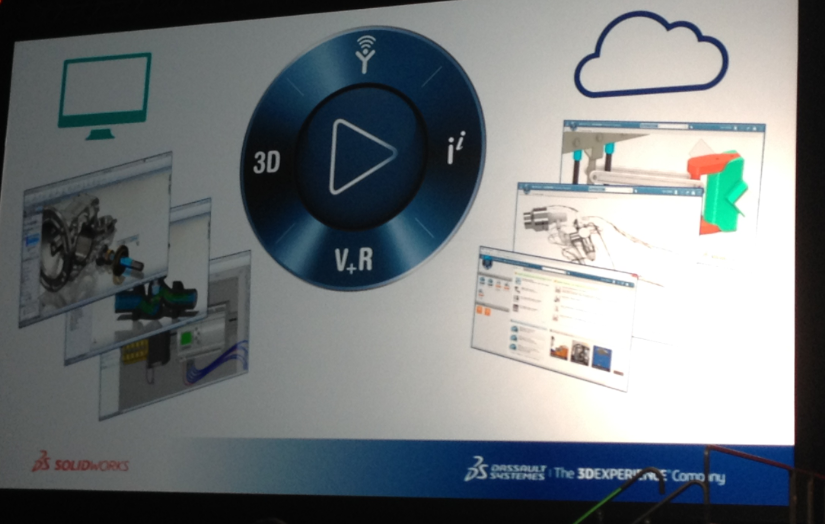 “Respect the Legacy, Embrace the Future” through 3DEXPERIENCE platform.
Gian Paolo had invited partners to present on amazing innovative products that was created using SOLIDWORKS solution. First one on stage was the lead designer from Parrot, who had designed Flower Pot using a new solution called SOLIDWORKS Industrial Design. The Flower Pot is a leaf-like water reservoir used in any plant/flower in a pot, to monitor the ambient temperature and humidity in order to water the plant/flower automatically. By using SOLIDWORKS Industrial Design, he easily created the leaf shape of the reservoirs in matter of minutes! It’s completed in minutes just by dragging out and pushing into the “robot”, a claylike volume in the SOLIDWORKS Industrial Design. It’s truly eye-opening as such fascinating design was done just by using one feature.

Another example would be the ship shown below. The prototype of the model was printed with a 3D printer. 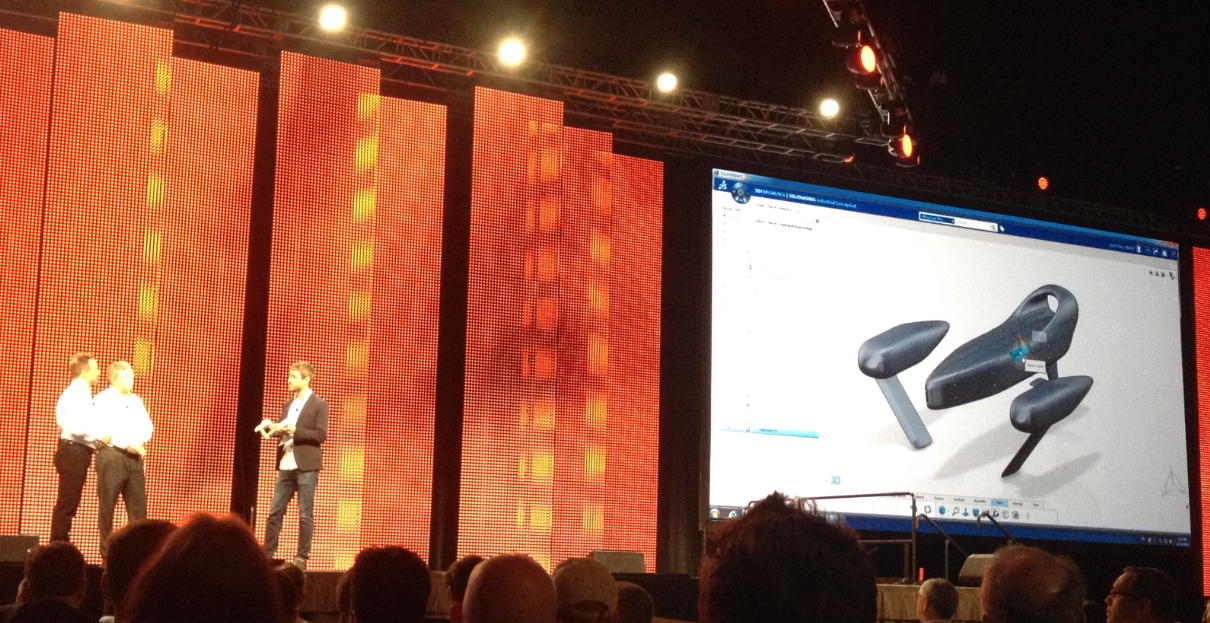 Next, Thalmic Labs came up with the impressive Myo Gesture Control Armband, that senses our arm’s muscle movement when we are making different hand gestures like waving, rotating or simply clenching our fist. Thalmic Labs said that they are able to control the flight of a quad copter, and even control heavy vehicles to perform a specific task.

When he mentioned that, something had crossed my mind… Perhaps, Ironman is in the making?

The final presenter of the day – Mr. Bre Petits, Former CEO of Makerbot Industries. He started with a brief introduction about himself as DIY person since he was as little as 6 years old. We were inspired by his ever cease passion in making things in 3D that then led to the founding of 3D printer – Makerbot (It’s acquired by Stratasys few years ago). He has been using SOLIDWORKS to create many generations of Makerbot. One of his great inventions is the latest fifth generation, that can be operated remotely using smartphone. 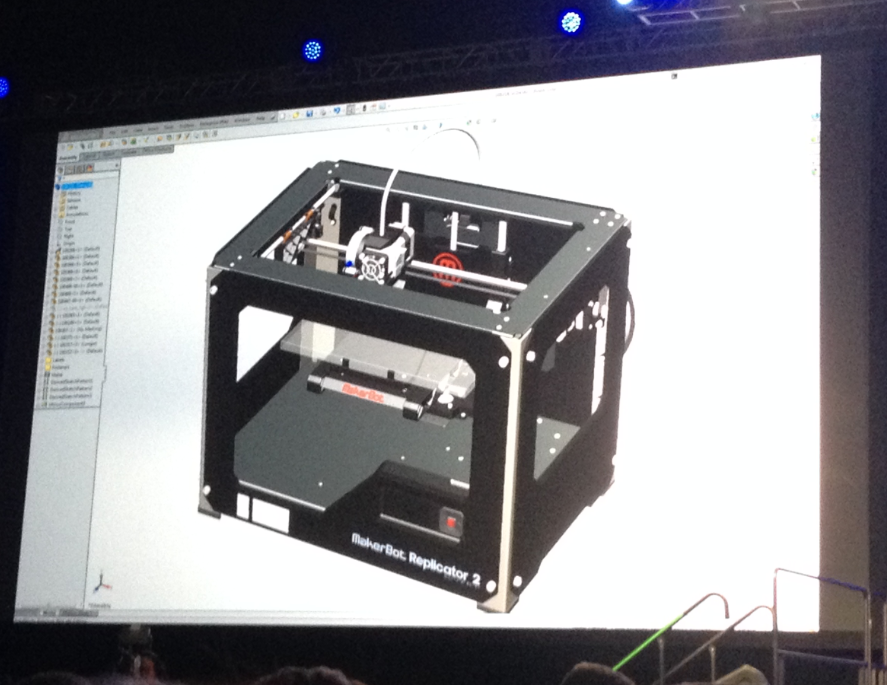 That’s all for now.

Stay tuned for day 3… We assure you there will be more cool stuff to be shared in our blog!