I’m back with the second method to draw a 3D curve in SolidWorks.
Refer back to the 1st 3D curve tutorial, use back the same sketch. Now extrude it with Extruded Surface , and then you will get this: 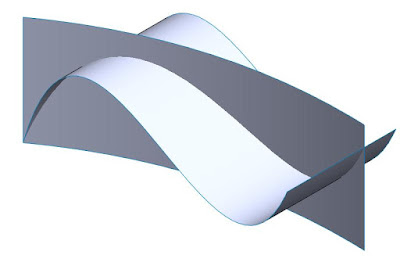 Now, open a 3D Sketch then select Intersection Curve. On the Select Entities, Select both surface and click OK. 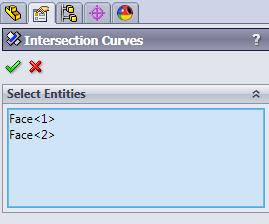 Then you’ll get the black color 3D curve. 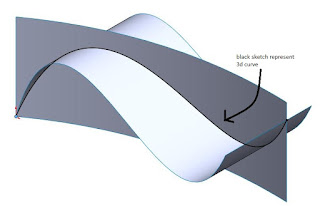 This curve can be edit by editing the 3D sketch created just now. The length can be edit by dragging the end point of the curve. If you want to edit the shape of the curve, delete the relation.
there we go, the second method to create a 3D curve. The last method, next week.
Jackson (jacksonlim@cadcam.com.my) is part of the team member who good in sufacing skill in SolidWorks. You won’t believe it until you see some of the exotic cars he modeled with SolidWorks.