I visited a customer named Kenneth recently and saw some interesting picture on the background image of his desktop. Well, it’s a thumbdrive modelled by him in Solidworks. But due the lack of Solidworks Professional Package, he only managed to show his pieces of works in Real View Environment which i personally feel that it’s “REAL” enough for presenting his model. So i am going to discuss about REAL View in this post: 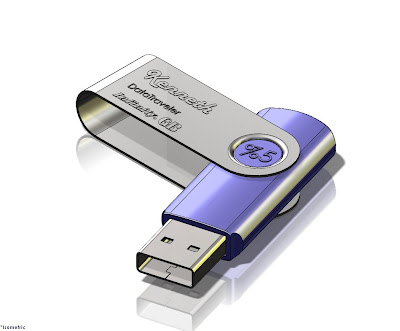 Here is some history about Real View in Solidworks:
RealView Graphics, which was released in SolidWorks 2008, is hardware support of advanced shading in real time. By applying appearances and scenes, your models come to life without going through rendering processes such as PhotoWorks. Your system must have a graphics card capable of supporting RealView.
Is your graphics card real view supported?
Please visit this website SolidWorks Web site for a complete list of supported graphics cards and drivers.
RealView vs. PhotoWorks
RealView Graphics differs from PhotoWorks in a couple of ways. For instance, when a model is rendered in PhotoWorks, it must be rendered again after any motion of the model (rotation, zoom/pan). RealView Graphics works in real time and retains the appearances you’ve set. Below is the summary of comparison between Real View and PhotoWorks
RealView Graphics
– Hardware rendered
– Dynamic image
– Rendered during motion
– Applies to model
PhotoWorks Rendering
– Software rendered
– Static image
– Re-render after motion
– Includes caustics, illumination, etc.
Here is some other samples of Real View image: 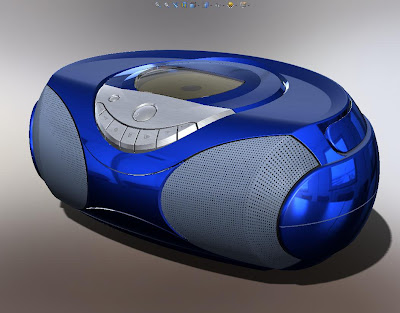 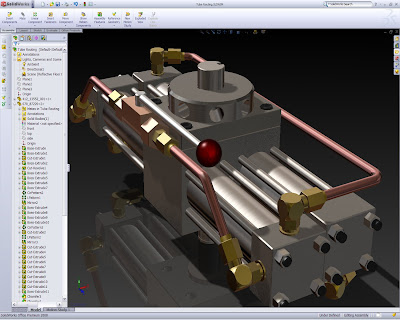 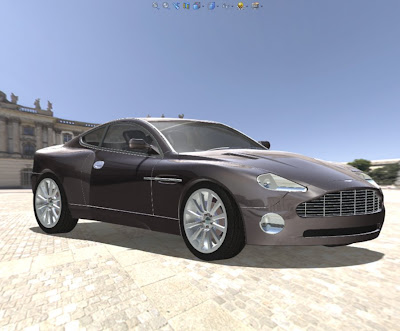 Is your version of Solidworks supporting Real View Graphic?