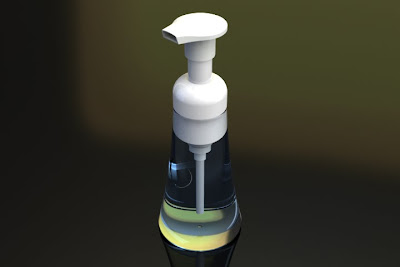 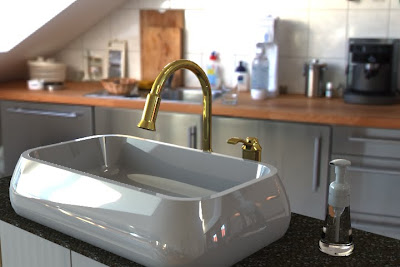 Entry #6 Bottle & Basin from Lina Yeoh
For Entry 5, Lina Yeoh has done the rendering base on the provided model which is the lotion bottle. For her second entry, she has attach the set of basin as well to improve the attractiveness of the graphic. I personally like the effect of the water inside the bottle, it’s looks real! Any comment you would like to tell Lina?